The Iranian tourists who were present in Antalya due to Newroz Holiday showed great interest to Sasy when they met at ÖzdilekPark. Sasy signing albums as well as giving a small concert, singed his popular songs with his Iranian fans. The singer took photos with his fans and delivered signed photos after a little chat with his fans. 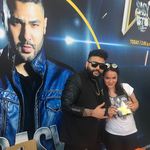 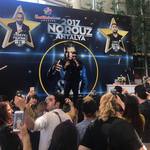 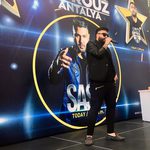